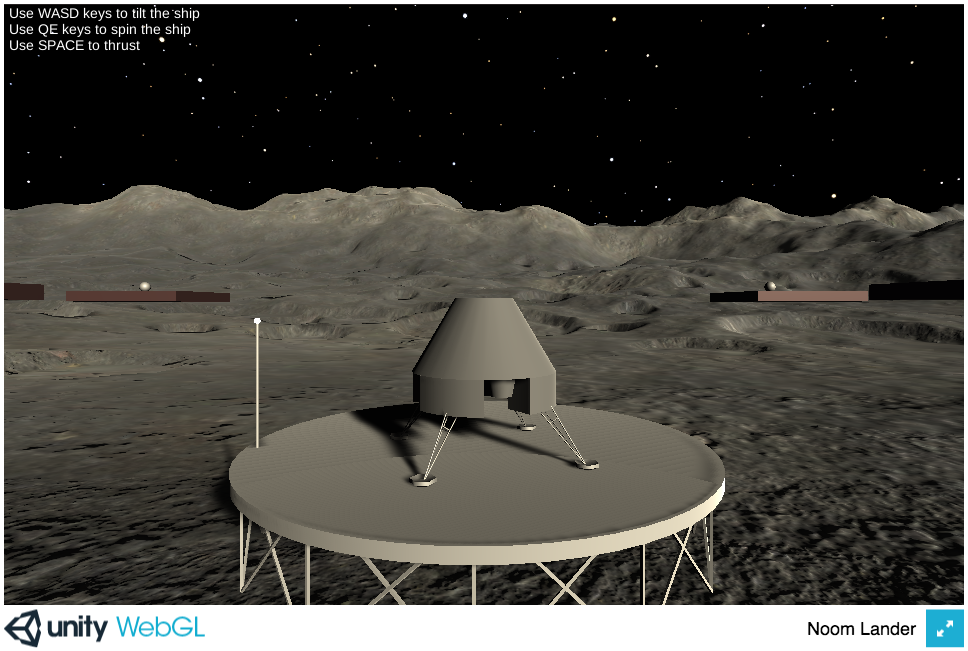 The blink-y light was probably the hardest part. 2 lines of code. The rest was just googling around for how to do it. In unity, you don’t have to calculate timing between frames. I used something called an IEnumerator which allowed me to just say for 0.1 seconds, turn it on, then for 0.9 seconds turn it off. Super easy!

The Terrain was all in the Unity GUI along with the textures - there were some free assets for rock and dirt on the unity asset store, so I used those and just frilled some fake holes in the terrain to simulate craters. Everything is one alrge physics collision object, so you should be able to fly anywhere. ‘painting’ the terrain wasn’t hard. More of an arts-y thing. I just painted using two different textures so it wasn’t obvious that the base texture was repeating and I also lightened the tops of the mountains in the background to simulate light hitting the top of them.

Landing-Pad - I figured that a floating square was lame and decided to just make a semi-decent-looking landing pad quickly in 3dsmax. Still need to figure out what to do with the other ‘pieces’.

Also, I’m sharing the project directory in Dropbox, so I can work on the project from my home or work computer. Makes working on it not just an “at home” thing.