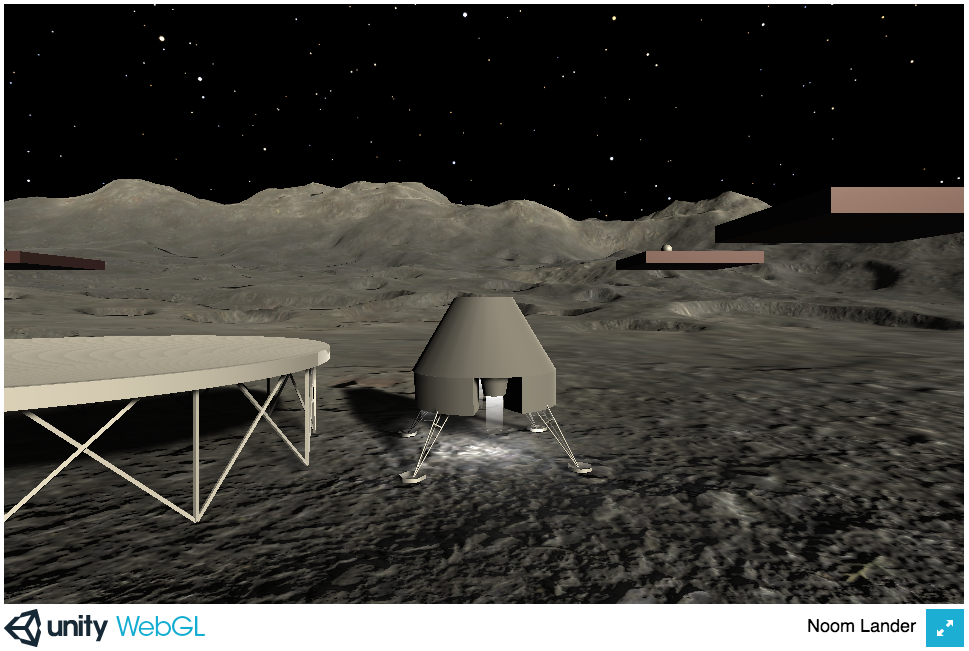 The dust particles were a bit touchy. The system isn’t really designed well to trigger on a collision/bounce. Only Enter/Exit kind of stuff (to the best of my knowledge - I even tried on IRC but people weren’t much more helpful than YouTube), but I got something that mostly works and I figured that it’s just a game and it doesn’t have to be perfect (although I’d like it to be). I’ll have to play with it some more, but for now it works well. No particles happen when the lander thrusts over the landing pad.

Not sure why, but the dust isn’t visible in the WebGL version of the app. I’ll have to work out why that happened. :(

The thruster flames were going to be blue, but white seemed more video-game-y to me. I also added a light that turns on that’s attached to the bottom of the lander for more FX goodness. I think that it is looking better. The fading of the shader has a tiny glitch which can be see at the bottom of the flame ‘tube’ and also if you look at the flame ‘tube’ from the bottom. This is something else that I’ll have to smooth out.