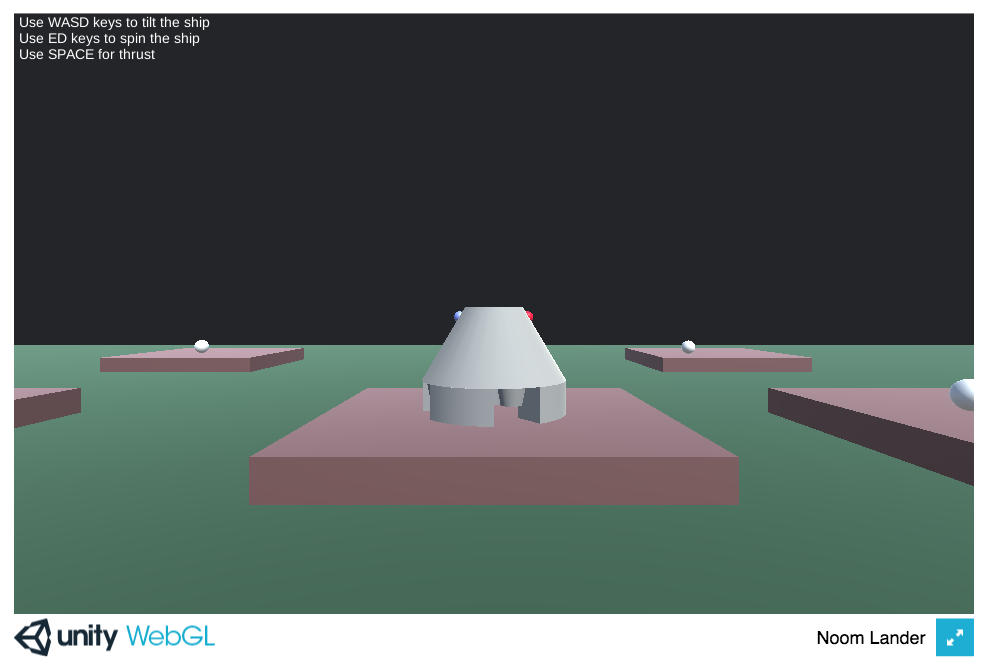 Just thought that I’d put up a blog and post about my attempt at game development.

I opened up the Unity editor and I started building a little moon lander game with physics (since it’s built into Unity and pretty easy to do - you just turn it on). I’m still in the early learning phase and things are still a little clunky and slow-going, but I’m building something kinda fun and every step is fun to show off to friends and family.

I initially started this so I could show my son how easy it is to build a game if he just put a little work into it. We’ll see if my little project motivates him to do something similar. :)

If you want to see the demo, I’ll try to save off the WebGL versions of the game as they are built so I can have a demo-able timeline of the development as it happens. The WebGL version is only a few MB, so it should be easy to save lots of different versions to see the difference in versions as the game evolves.